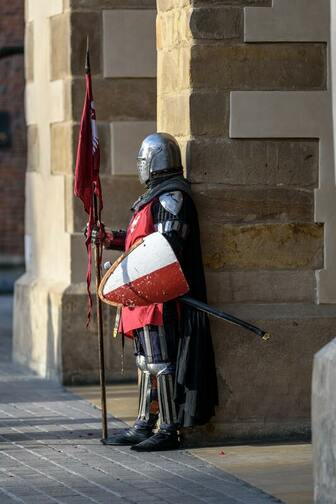 We can be not interested in war, warfare, and international security, yet war, warfare, and international security are, or will be, interested in us. Unfortunately, this reality of international system, is a kind of general law of Politics and Europeans need learning it as fast as possible. However, it seems that they not only have completely forgotten such contingency, but also continue to ignore it. Recently, a couple of articles have been published that shed light on the critical situation in Germany. On Politico Matthew Karnitschnig writes a long and, for me, not surprising article focused on the poor condition of the German Army, the Bundeswher. Some examples. The government decided to scrap the army’s standard-issue assault rifle, Heckler & Koch’s G36, after discovering that the gun misses its target if it’s too hot. This is not a new issue because it dates back at least to 2015. In Lithuania, “about 450 German soldiers are stationed as part of a NATO mission to deter Russian aggression, U.S. officials were dismayed to discover Bundeswehr personnel communicating on unsecure mobile phones due to a shortage of secure radio equipment.” “Fewer than 20 percent of Germany’s 68 Tiger combat helicopters and fewer than 30 percent of its 136 Eurofighter jets could fly in late 2018.”
On War on the Rocks Ulrike Franke points out that Germans neglected foreign and security policy, however they may wish that Germany should pursue an active foreign policy and a significant role in solving international problems, crises, and conflicts. Nevertheless, they states that their country should be internationally neutral, which points to a rather naïve view about foreign policy. As a consequence, they want to continue to limit any foreign policy engagement to non-military means. This is clearly impossible since while the use of force in international politics is the last resort, it is also a crucial, key, and essential capability that enables to defend its own interests, politics, and allies. It gives credibility to foreign policy.
These two recent articles are focused on Germany, but the political situation is similar in the entire European continent. Italy, for example, has no foreign policy apart from saying “we love immigrants, and we need to host them all” or “we close our borders, we do not want any immigrants”. Both positions are incoherent and not linked to the international situation, both are not able to see a major security problem (uncontrolled immigration) as a security problem and a consequence of security international problems. Why? Because we lack a security culture. We need to return to think about Politics, Security, and we, as Italian and European, need to understand, again, that foreign policy is not an amusement park, but is an environment where force, coercion, interests play the biggest role.